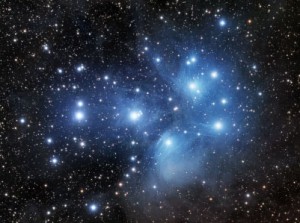 To most, leap day is just a quirk of our calendar. I think it’s a day when we may give some thought to our place in the universe and appreciate the ancient astronomers and mathematicians who strove to understand and organize our existence on Earth. These learned individuals were often employed by prominent figures of their day to solve common problems, to make life easier. Experience design firms of today often receive the same directive — make life easier.

Take leap year, for example. Leap year came about from the need for a more useful and user friendly annual calendar.

Julius Caesar is credited with fathering leap year in 45 B.C. Early Romans had a 355-day calendar. Every second year, a 22- or 23-day month was created to keep festivals, agricultural milestones and religious observations occurring during their intended season. Roman officials were in charge of managing the calendar, but many began to use it for political gain, like extending the terms of their cronies. Things got pretty out of whack.

Imagine how disorienting it must have been for your average Roman to never know how many days were in a year or whether a harvest holiday would be celebrated during planting time. Not a good experience.

To simplify things, make the calendar reliable and keep his toga parties on schedule, Caesar added days to different months of the year to create the 365-day calendar. Caesar’s astronomer Sosigenes did the actual calculations. Every fourth year, one day was added to Februarius (February) to sync the Julian calendar with the solar year.

Now, to give credit where it’s due, the whole leap year idea was not originally Caesar’s. Egypt was first to adopt a leap year system, and Cleopatra is thought to have introduced the idea to her lover Caesar. Still, what an impact Caesar’s initiative had on western civilization for centuries to come! I wonder if Caesar ever thought that the basis for his calendar design would stand the test of time and be used by billions of people around the world.

While the Julian calendar was a significant improvement, it still had a flaw — the quarter of a day per year that Leap Day added made Caesar’s calendar year slightly longer than the solar year. So, by the 16th Century, the calendar was off by 12 days. Pope Gregory XIII introduced the Gregorian calendar in 1582 to solve the problem. It designates that only one out of every four century years is a leap year. In addition, leap years are assigned only to years divisible by four.

To come up with this solution, Pope Gregory hired a commission, led by astronomer Christopher Clavius, to investigate the problem which already had been under debate for a few decades. The Gregorian calendar is now in wide use over much of the world, though it took centuries for Europe and then the wider world to adopt it.

Your Place in Your Users’ Universe

On this gift day we receive every four years, we should spend a few moments thinking about how we can solve experience problems to make someone’s life easier. Whether you are a decision maker considering whether to engage an experience design firm to improve your product or an experience designer working on a wireframe, consider that a well-designed user experience can have a positive ripple effect beyond your intended scope. How can you use your authority, influence or skills to improve your users’ lives?